I just love this Mala skull top from CandyDoll. Its from one of her gachas that has many more lovely stuff in it, like shorts, sexy heels ant star tops. And this one its perfect for Halloween 😀
The shoes that match so well are from Epoch. They come in many different colors.
Also Amias made a amazing gacha for Halloween called Xavia. I have some of it on, but as you see if you look at their picture further down, there are many more awesome stuff to get. Matches so well with the skull in the back of the dress.
The eyeliner is a “old” one from Just Magnetized. But its so pretty. It fits when u trying to be a bit seductive i think.
And of course the skin is from 7 Deadly s{K}ins. Its a new one called Heidi. I chose the cotton candy tone, but there are many more tones to get. 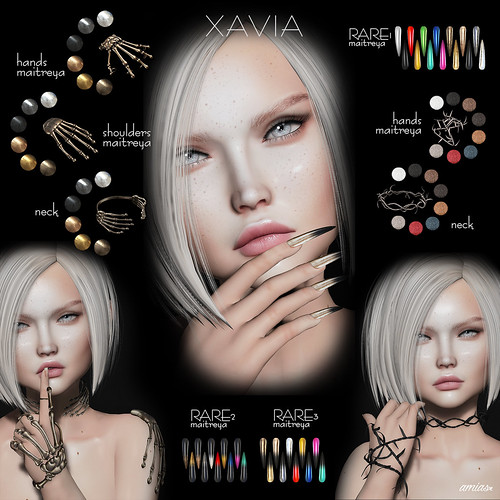 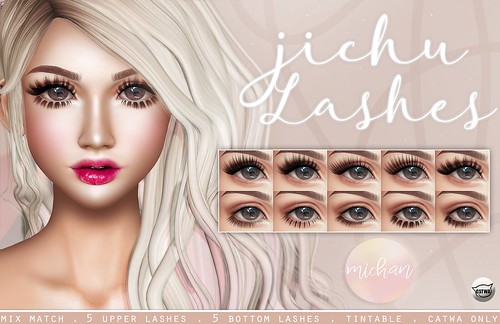