Epoch released tthis River set for  suicide dollz. It comes in many different colors, both the tank and the pants. The tank also comes with some writings on it.
Just Magnetized released some nice new stuff. At the Vanity event you can get theese eyeliners. They come in 18 different options. Always with the glimmer in the eye, but with less or more eyeliner.
For the Access event Just Magnetized  released this blush and luminizer. 15 different options come with the hud. With highlighter on the cheeks, nose and with freckles. I used the one with all three in it.
Michan released theese cute Sakurina lashes for the Harajuku event. It comes with a hud with 5 upper and 5 lower lash options. For catwa only. 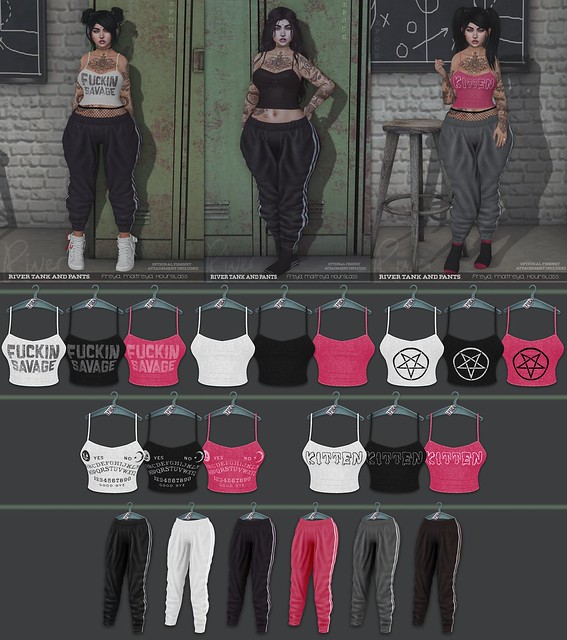 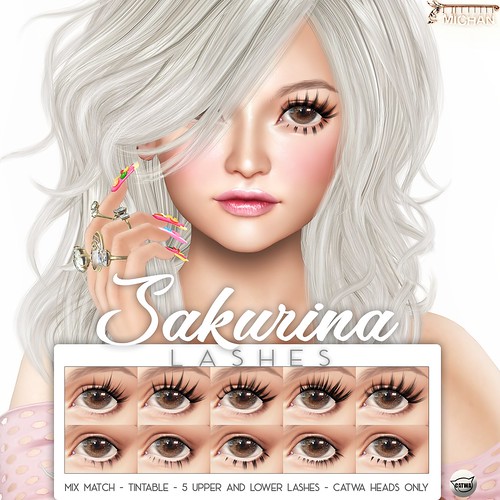