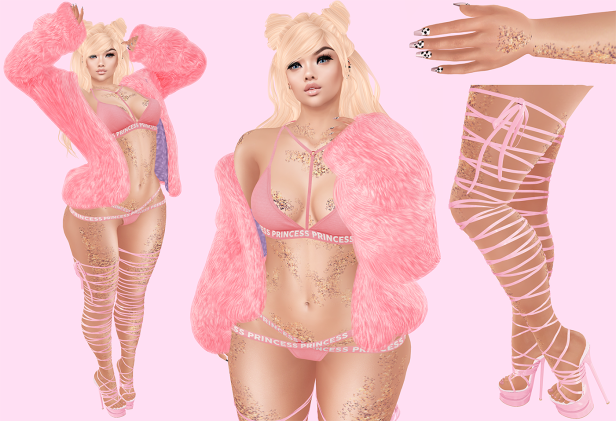 For those who do not now, some of catwas heads have been updated. For example te Lona one. Its now catwa Lona 3.0. Many nice feautures in it i think. But maybe that was just because i havent updated mine since 2.16. Lol.
These cute undies are from #Empire and you can get a naughty hud, kawaii hud and a queen hud. They all change the words on the rubberbands. Right now im using the Kawaii one. I mached it with the bambi jacket from PLASTIX and the sexy Yira heels from CandyDoll. The heels come in Dark and light colors as always.
Also i have some stuff on from 19th round of Applique, for example the glitter on my body. It comes in 7 differet colors and is from +Dreamcatcher+.