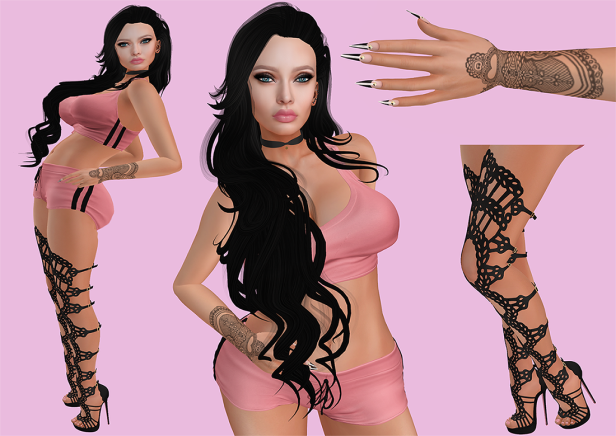 The Mesh body Addicts Fair opens to the public at 12:01am August 1st. I got a sneak peak at whats in store for you guys. Lots of amazing stuff i have to say! But my favorite was [Cynful] . I wish i could get the fatpack, but this time i only got one color. The pink one oof corse. Love it.
#Empire released some nice High heels for it too, so pretty and so many colors. Pefect.
Also the Cosmopolitan event has opened. So many gifts lying around. Go get them! Also many nice stuff for sale. Lol.
Genesis Lab announced that they are updated some of ther heads to be able to wear Omega makeup. Thats cool isnt it?? 😀  Im defenitly trading in my Flor for a upgrated version of it 🙂